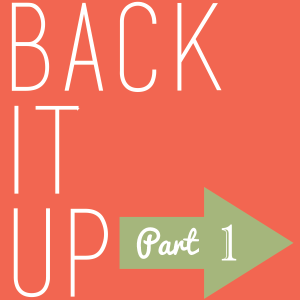 Techies can’t drive this home enough but, trust us, this advice you really should take to heart… if for no other reason than to avoid the sheer agony of losing years worth of memories and slaved over files.

Hard drives fail. It happens, it blows, and, well, it blows. It’s probably one of the most frustrating experiences one can have with a computer especially when it, so timely, crashes in the middle of an important project.

The fact of the matter is, sooner or later, they all come crashing down. Hard drives that is. Sometimes it’s physical, sometimes it’s mental. Head on collisions, or head crashes as they call them, are the most common. These happen when the drive head butts into a platter (the circular disk on which the magnetic data is stored). Just like paint often gets chipped off a car from a wreck, head crashes cause the magnetic media to erode, rendering both the data and drive head inoperable. This is a huge FAIL as there is no clean recovery. If it’s not the case of a head crash, the magnetic media on your disk is likely in need of a facelift. A sector on the disk is not getting the hang of the magnetic alignment, causing data to be inaccessible. Electrical problems with the logic board can also cause data on the drive to become illegible or damaged due to a glitch in communication between the hard drive and the computer system.

Over the years, as people and businesses have become more reliant on computers, hard drives have seriously increased in size in order to accommodate all of the dense data being stored. Now instead of having two platters, drives can have up to four, meaning an increase in the number of parts and a reduction in the amount of space, reducing the drives’ tolerances and increasing their chance of failure. Knowing this, get smart and invest in an external hard drive. Not a month from now. NOW. For all you know your machine could quit on you the second you finish reading this. In that case, at least you’ll be better prepared the next go ‘round.

But seriously, it’s worth the investment and you don’t even need to spend a copious amount of time scrolling through reviews because CNET’s summarized it all for you.

Now put your Facebook and Gchat convos on hold and go take care of business before you lose it.