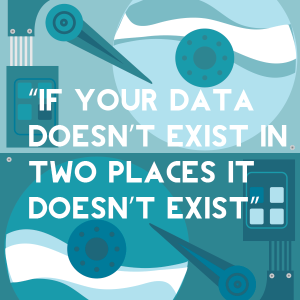 Nowadays the majority of people in the market for a computer are springing for a laptop or tablet. As part of their decision, they are faced with choosing between a Solid State Drive (SSD) or Hard Disk Drive (HDD) as a storage component. Many prospective computer buyers have no idea that different computers have different storage components yet alone know the significant differences between the two components, so when it comes to making a decision it’s pretty much six of one, half a dozen the other. Though we are not certain as to what percentage of computer users are using SSDs versus HDDs, as computer professionals we can tell you that both breeds of devices show up in our data recovery laboratory on a pretty regular basis. Like everything in life, there are good and bad characteristics of both.

Hard Disk Drives (HDDs) have been around for decades; in fact they have served as the standard storage device for over 50 years. The great thing about this technology is that it is capable of storing lots of data cheaply, but its traditional electromagnetic components are a bit behind the times. The fact of the matter is there are a lot of intricate elements that must come into play for a hard drive to work successfully.

Solid State Drives (SSDs), unlike HDDs, use integrated circuit assemblies as memory to store data. Think of them as oversized, more sophisticated USB memory sticks. Typical SSDs use NAND-based flash memory which allows one the ability to turn the disk off at any time without it forgetting any of the important data stored. With data storage integrity that can be maintained for 200 plus years, you can read and write a vast amount to an SSD. Their biggest advantage is that they have no moving parts. Crack one of these babies open and you won’t find the fine intricate machining of various metal parts that you find in HDDs, but rather a few chips soldered to a circuit board. This means there are no mechanics to break. You can shake it, drop it, or drag it across the table without risk of failure (within reason that is). However, the durability comes with a much heftier price tag.

Where solid state drives outrival hard disk drives in speed, they fall short in value. Flash memory file systems are more likely to become corrupted and recovery is often both very time consuming and costly. The average cost is about $3000 for advanced SSD recovery–no small dent to the pocketbook. That’s not a price you want to risk paying and because some laptops such as ultrabooks have only SSDs, it’s really important to be aware of exactly what type of internal storage system a computer comes with. To avoid running into a ditch later, keep the following adage in mind “If your data doesn’t exist in two places it doesn’t exist” and  do not rely exclusively on an SSD for storage of important computer data!